OS Plumbing Experts is a family owned, fully licensed plumbing company serving all of Cedar Hill, Texas. We offer free plumbing estimates for all new and current customers in the Dallas-Fort Worth Metroplex.  We want to be your go-to local plumbing company here in Cedar Hill. OS Plumbing Experts is licensed and insured by the State of Texas and we have over 25+ years in plumbing experience. Our emergency plumbers are highly trained and can fix any plumbing you are having. We also serve both residential and commercial customers in Cedar Hill and love it.

Cedar Hill is located just south of Dallas (roughly 16 miles south) of Downtown. It’s situated right below Duncanville and sits adjacent to Joe Pool Lake. It’s a small suburb town with around 50,000 people living in the city. It is also in both Dallas County as well as Ellis County. The city’s motto is “Where Opportunities Grow Naturally”.

Cedar Hill was founded around 1846 by Peters Colony settlers, who came from all parts of the country to make the place their home. With 184 single men and 197 families, it was the single largest settlement in the area at the time.In 1932, a sidekick of the infamous duo Bonnie and Clyde, Raymond Hamilton, robbed the First National Bank of Cedar Hill. He robbed it again, and the consecutive plundering forced the bank to shut down.

Before that, in the post-Civil War era, Cedar Hill used to be on a branch of the Chisholm Trail, used by Texas ranchers to drive cattle to Kansas. The city actually served as the county seat for Dallas County up until 1856 when a tornado came along and, as one paper put it, “literally swept the village of Cedar Hill off the face of the Earth”.

Victims were buried in the Crawford Tornado Graveyard, believed to be the first integrated graveyard in Dallas County. The graveyard would be honored in 2012.This destructive and terrible tornado killed nine and left most buildings wrecked. Apparently, only two structures were left standing.

OS Plumbing Experts provides a wide range of plumbing services and offerings to people residing in Cedar Hill, Texas and the areas surrounding it. If you are in a rush and in urgent need of our services, reach us for emergency plumbing. We stop leaks in their tracks with our leak detection and subsequent water leak repair services. Our team can also install a tankless water heater for you. Can we fix it? Yes we can. Toilet repair, faucet repair, sink repair, and more are broken no longer. Our gas line repair and main line services make sure everything works as intended. We perform drain cleaning to clean out all that gunk, then toss it out with our garbage disposals. Take advantage of our services by giving us a call. You can get a free inspection, analysis, and quote.

If the time has come to get your water heater replaced, give OS Plumbing Experts a call today.  Read more

Typically it’s the homeowners responsibility to have this line fixed if its within the property.  Read More

We our local licensed and insured in the state of Texas. No matter what your emergency, give us a call.  Read More

Dallas is a city in the U.S. state of Texas. It is the ninth-most-populous city in the U.S. and third in Texas after Houston and San Antonio. Dallas is the main core of the largest metropolitan area in the Southern U.S and the largest inland metropolitan area in the U.S. There are 16 miles from Cedar Hill to Dallas in northeast direction and 17 miles (27.36 kilometers) by car, following the US-67 route. Cedar Hill and Dallas are 20 minutes far apart, if you drive non-stop

DeSoto is a city in Dallas County, Texas and is part of the Best Southwest area, which includes DeSoto, Cedar Hill, Duncanville, and Lancaster. Located 15 minutes south of downtown Dallas. DeSoto’s Eagle Business and Industrial Park offers more than 400 acres with access to Interstate 35 E, Interstate 20, and Interstate 45 via Centre Park Boulevard and Polk Street. The business park is home to the corporate headquarters of GlasFloss Industries, Inc.

Duncanville is a city in Dallas County, Texas (USA). Duncanville’s population was 36,081 at the 2000 census, and estimated at 42,500 in 2008. Duncanville is a suburb of Dallas and is part of the Best Southwest area, which includes Duncanville, Cedar Hill, DeSoto, and Lancaster. Known as the City of Champions, Duncanville is committed to a strong community spirit. Excellent schools, growing businesses and wonderful people make Duncanville perfect City.

Midlothian is a city in northwest Ellis County, Texas, United States. The city is 25 miles (40 km) southwest of Dallas. Adjacent cities are Cedar Hill to the north, Grand Prairie to the northwest, Venus to the southwest, Waxahachie to the southeast, and Ovilla to the northeast. Midlothian is located at the juncture of U.S. Highway 67 and U.S. Highway 287. The city’s location provides easy access to the network consisting of the interstate highways, U.S.

Communicating with OS Plumbing Experts is rather easy. We are your “plumber near me” company. OS Plumbing is the OS for all your plumbing needs. If you are ever in need of water heater repair, toilet repair, or faucet repair, you know who to call. Thanks to our experience, knowledge, and can-do attitude you can rest assured that we are the men for the job. Whether you require or garbage disposal or mainline services, we can fix your problem and improve your plumbing.

If you are facing any plumbing issue and live in the Cedar Hill area or surrounding sub-cities, we can help you out. We can schedule one of our tech experts to come to your residence or office to evaluate the issue, free of charge! When it comes to immediate plumbing services, look no further. Make us your Cedar Hill plumbers right away. We offer 24/7 plumbing services. For free plumbing estimates and immediate assistance from the experts at OS Plumbing Experts, call (469) 458-7185 right away. If it’s plumbing related, we can handle it! 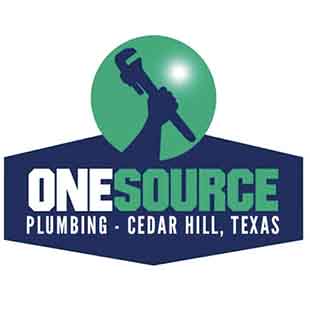